When I was really young, I had the impression that Rado means “watch”, I don’t really know from where I got this impression, but probably from my grandfather when I used to sit with him while he hand wound his sun-burst blue dial Rado!

Rado is a Swiss high range manufacturer of watches, headquarters in Lengau, Switzerland.
It was noted for using scratch-proof materials, a field in which it is considered a pioneer.
I don’t know what R.A.D.O stands for, but some says it means RAther Deep Ocean!

Formed in 1950 as [Schlup & Co.], Rado initially produced watch movements only, in 1957 launched its first collection of watches.
In 1962 the Diaster was released, the world’s first scratch-proof watch, and it has been in production ever since.

On 1968 Rado joined the ASAUG group, which merged in 1983 with the SSIH to the SMH group, which was renamed in 1998 as the Swatch group
One of their lines is the Sea Horse line, which became very popular, especially in the 70’s;
Rado used to have horses in different colors, the Green which is the most popular, Purple, Golden and Silver; nowadays all of those appear every now and then on the bay.

I always respected the brand, but never thought of buying any of their lines, till I was hit by the vintage bug sometime ago;

Initially I was looking into vintage Seiko’s, then I switched to affordable Swiss watches from the 70’s or early 80’s; this when I met this beautiful Silver Horse! 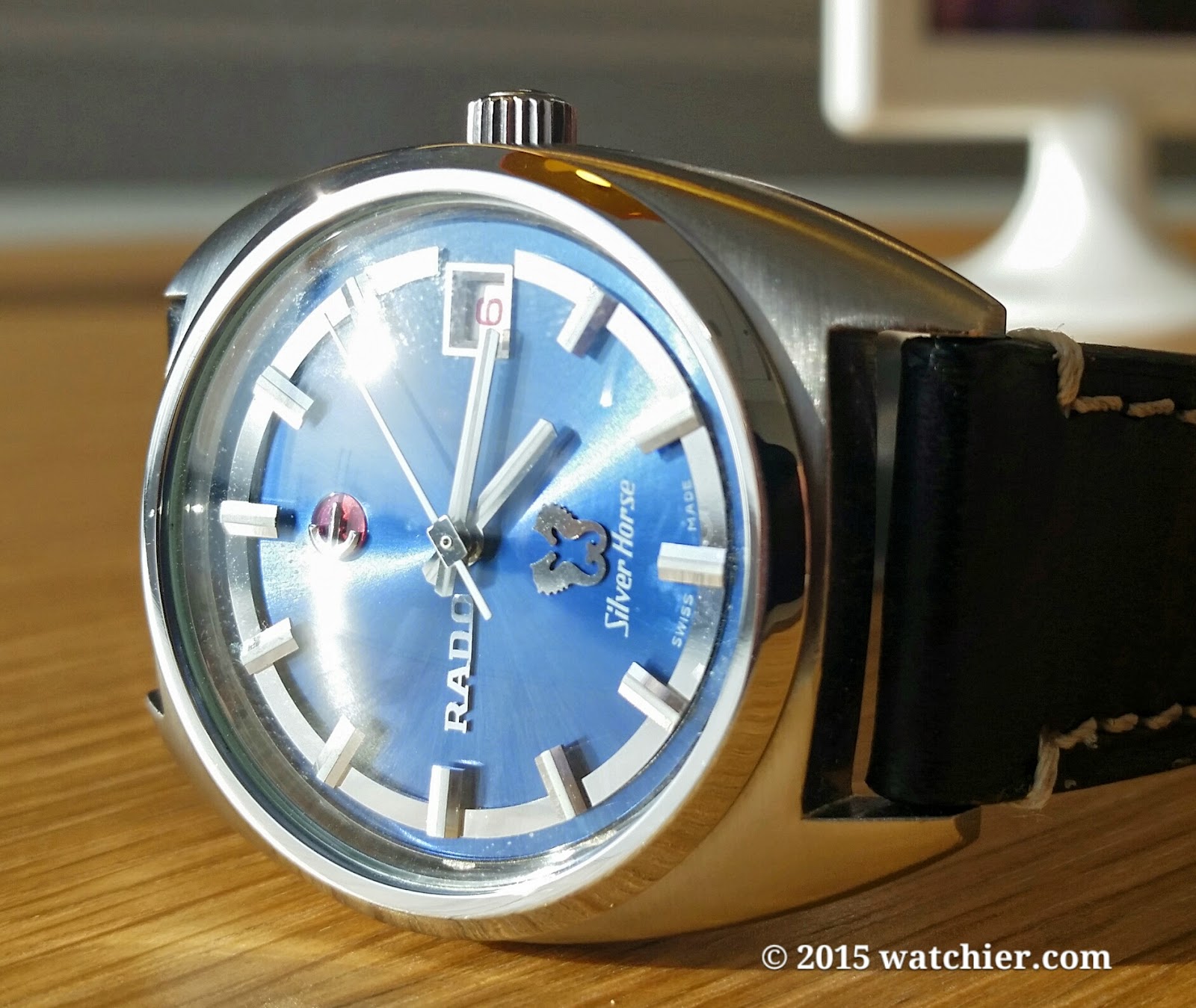 The price was right, so I purchased it in less than a second!

The watch has a very nice and clean face, with sun-burst blue dial;
The case is the slim cushion case, satin brushed with polished thin bezel.

The case size is about 36 mm, and it is about 44 mm tall. It sits really well on my skinny wrist, and it is very comfortable. 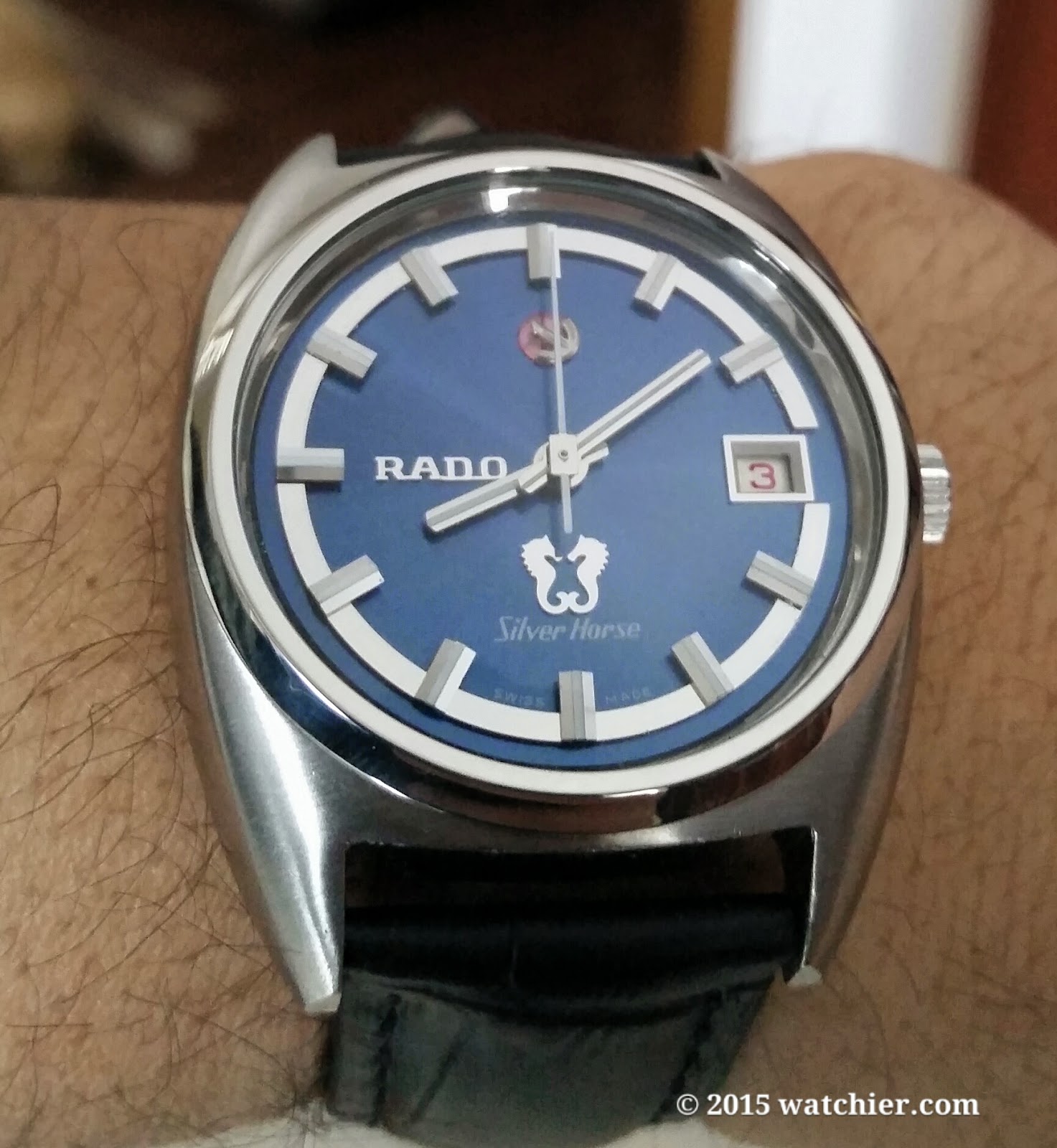 The watch has those pedal straight hands, nothing special but they are very neat.
The screw-down crown is sized right, firm to grip and easy to adjust time and date; as well as to wind the movement. 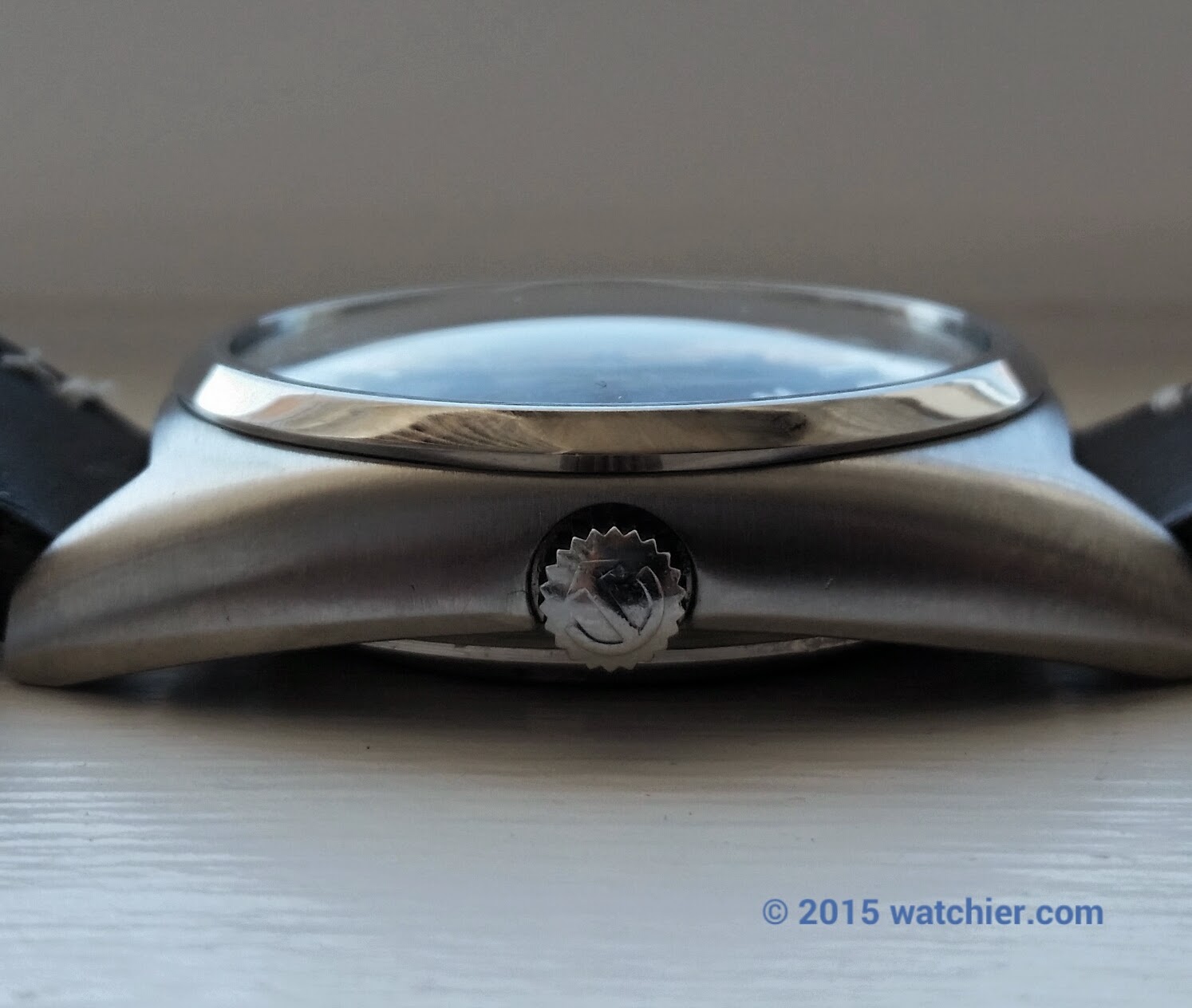 I don’t know exactly when this watch was produced, but I guess it was born in the late 1970’s, for its age it is incredibly accurate, also the power reserve is about 40 hours, which is unbelievable for a watch this age.
Also the rotor is very quiet, and winding the movement is really a joyful experience. 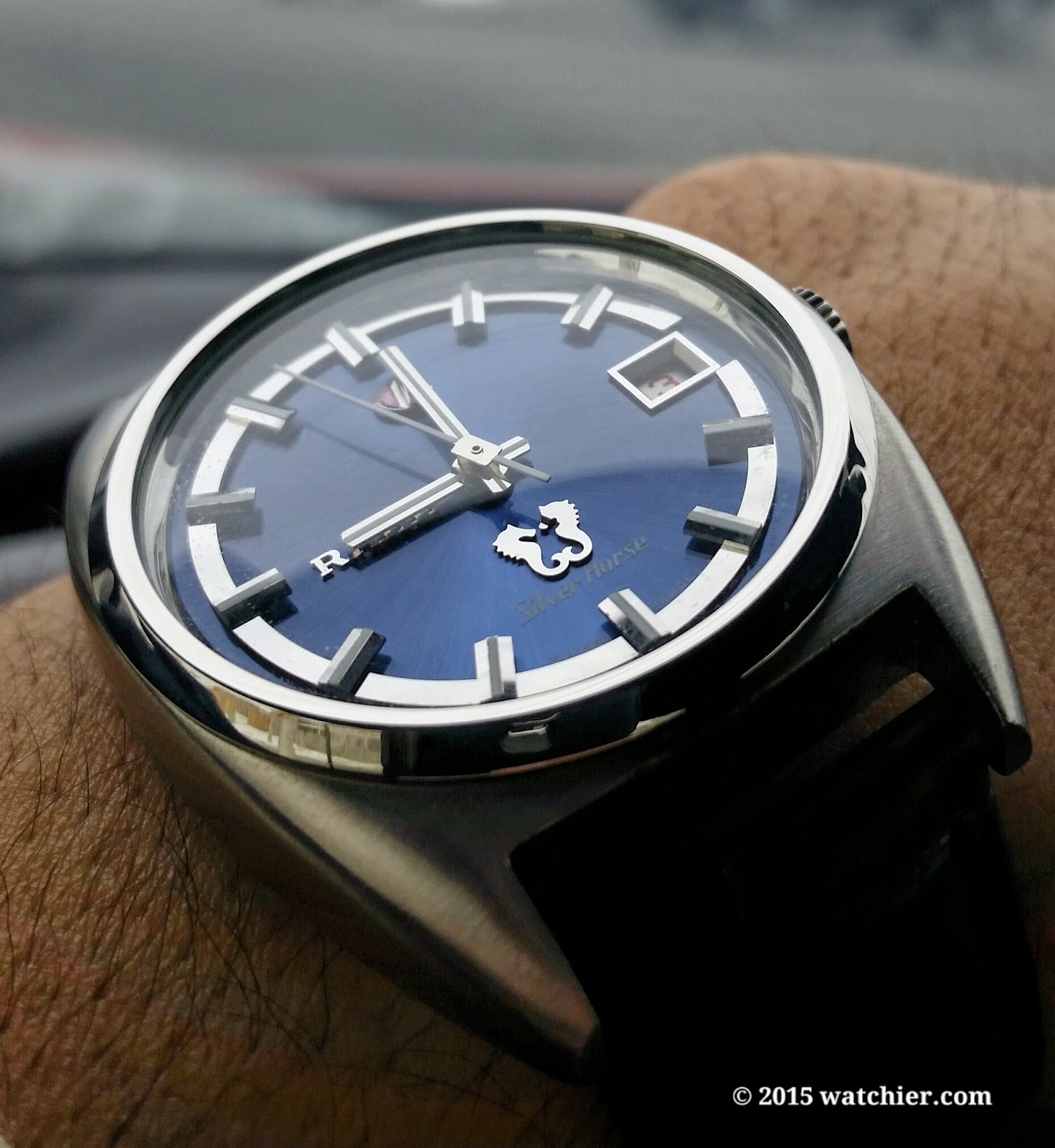 The hour markers / indices are beautiful, they are connected to a ring around the dial, and flying towards the center, a very nice feature that really gives an amazing depth to the dial. 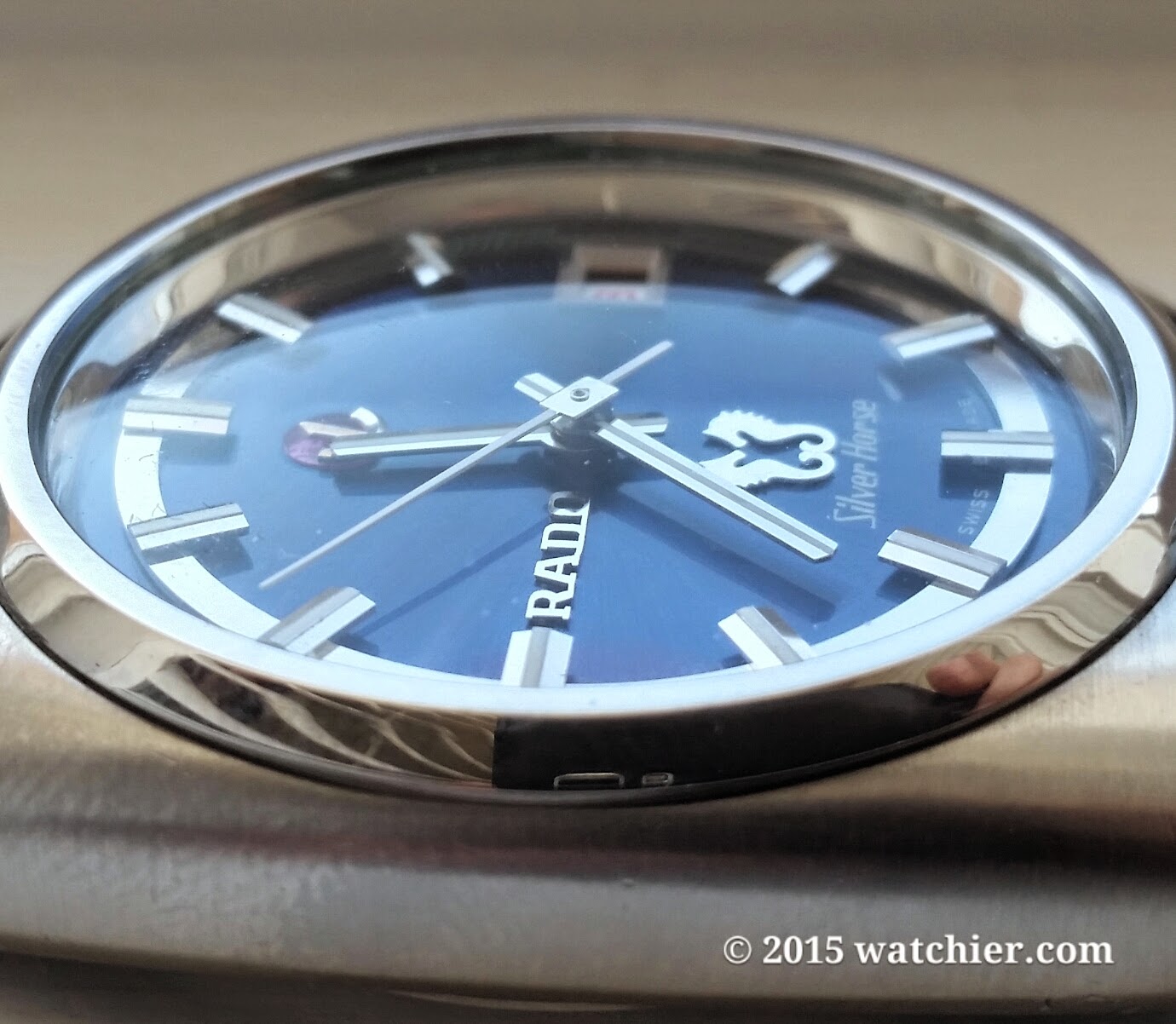 I was very lucky to find this one on ebay from a reputable seller, he was a true gentleman, very professional and I received the watch in less than a week, and it is clearly well maintained and preserved.

It is obvious that I love everything about this watch, this is simply a keeper! 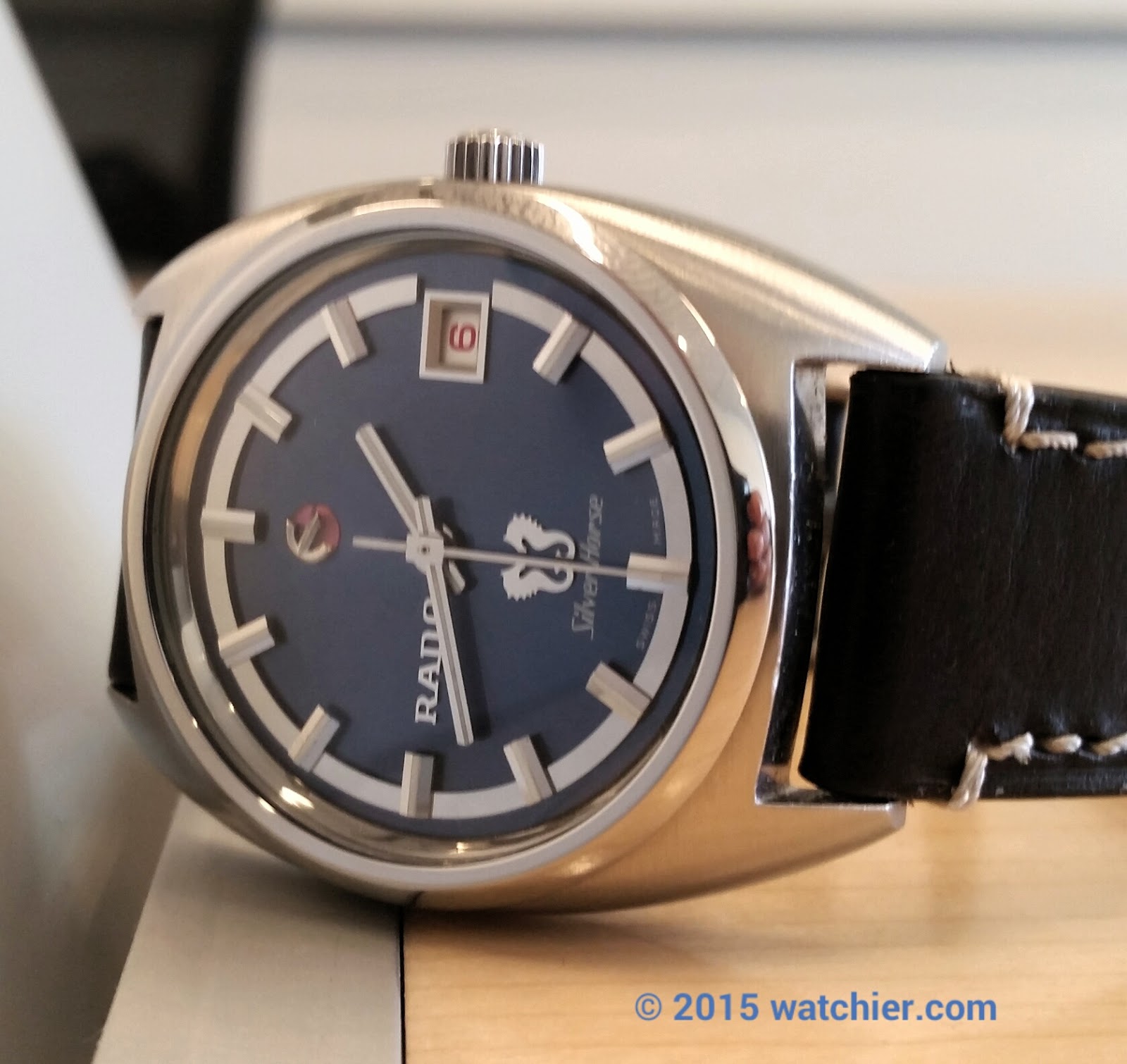 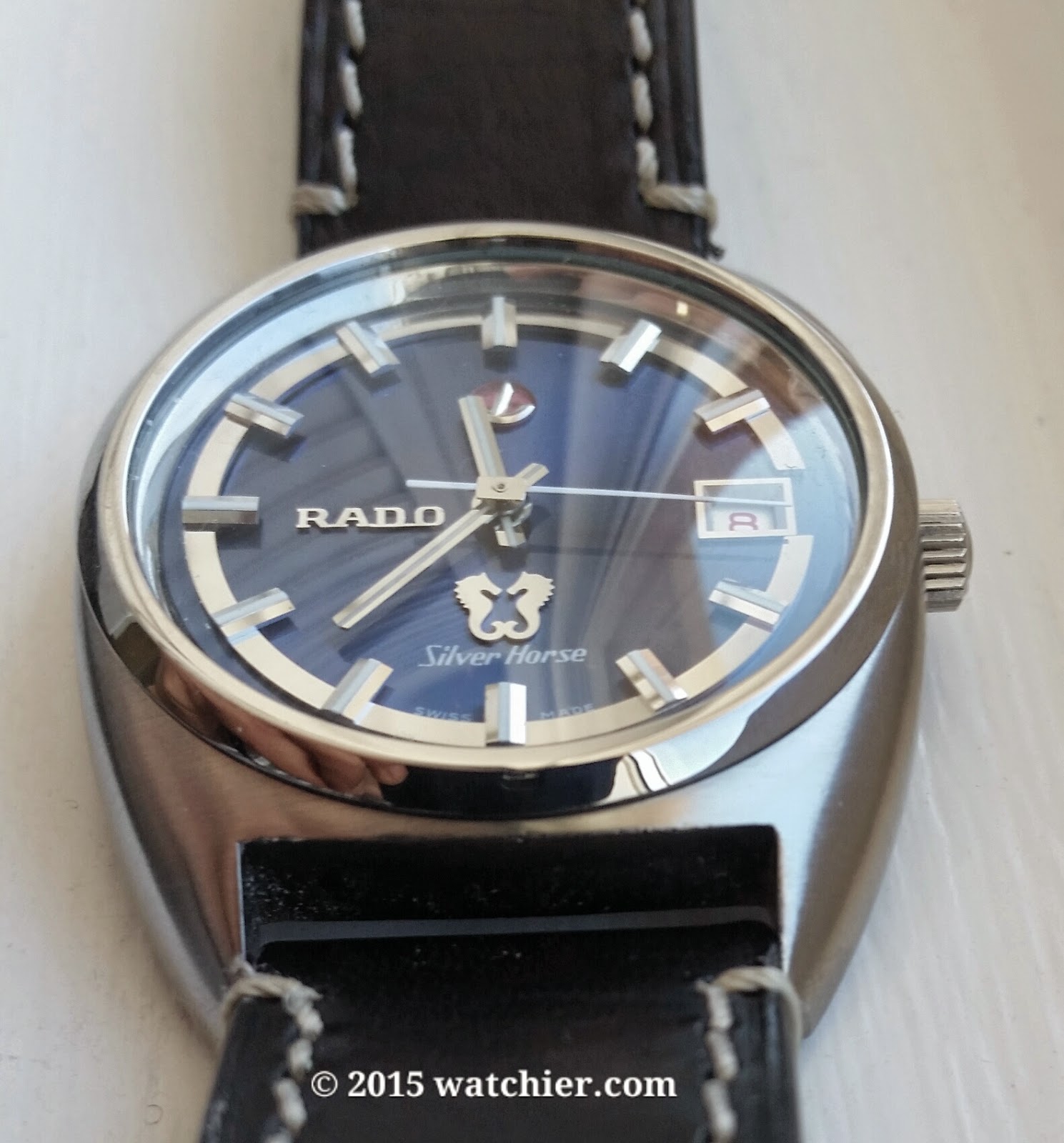 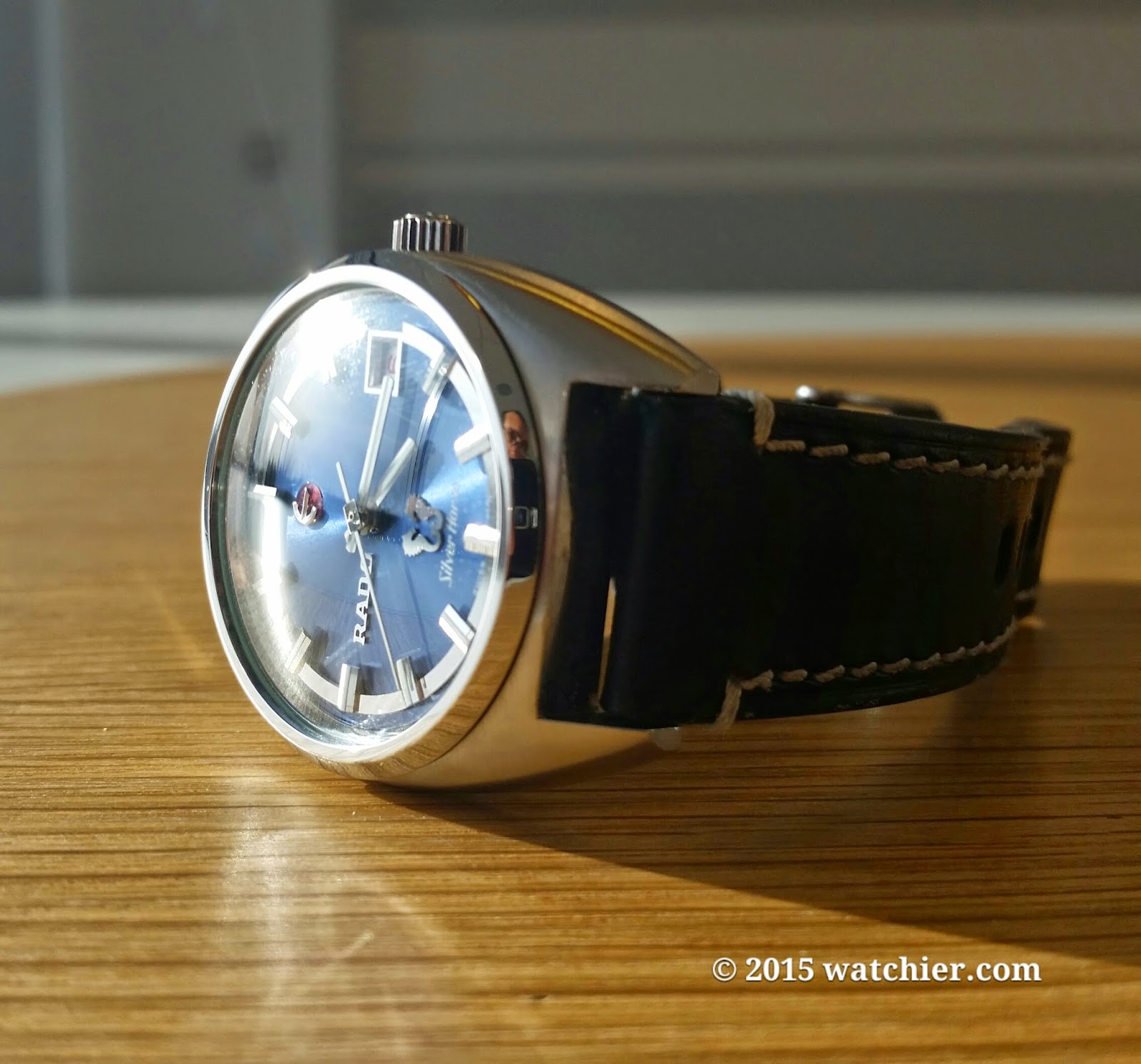