Skip to content
In my search for a Rolex Explorer homage, I came across few nice options; but I ended up getting the least expensive one, the Alpha version. 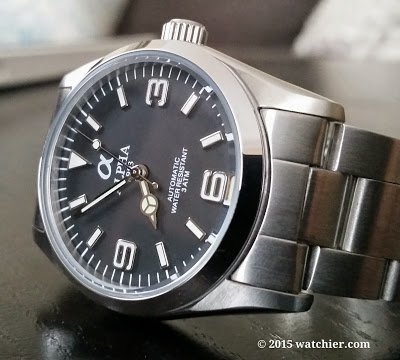 This particular watch was produced in very low quantities in 2012 with three different colors’ variations, they were all sold out in a couple of months.
Alpha then produced another larger patch, 500 from each color, initially I wanted the blue dial, but it was sold out before I even notice, so to avoid losing this chance, I ordered the black dial; 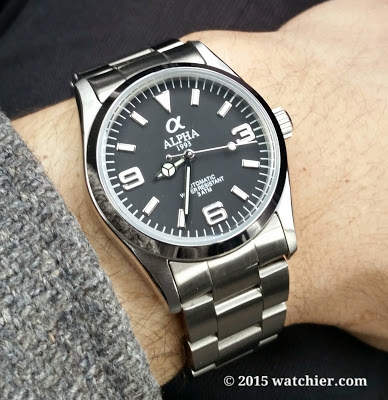 The order process was hassle free, and I got a shipping notification in about 4 days from placing the order. The tracking number never worked, and I was surprised by the watch in the mail in about 3 weeks.
I exchanged a couple of emails with Alpha team, but I have to admit that they weren’t very responsive; but I got my watch sound and safe, so I can’t really complain!

The watch itself is extremely well finished; the case is flawless and very well machined. 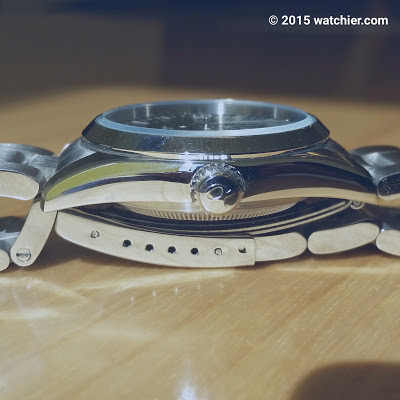 It has a nice acrylic crystal which sits a bit higher than the fixed bezel; which gives a nice vintage feel and look.
The screw down crown is signed and have a nice heft to it; and it screws down very smoothly.

It has one of those DG movements, but I really don’t know which version; it is very accurate, a true workhorse. The rotor is a bit loud, but this is the case for all the DG movements I’ve seen. 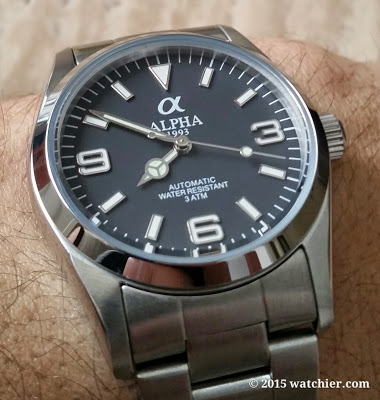 The dial is brilliantly done; I would say it is the best part of this watch; it has applied hour markers; and the printing is flawless and crisp.

Surprisingly it has some lume applied, not excellent lume, but at least it exists; which was a nice surprise to me! The picture below was captured by a phone after exposing the dial to a flash light for 30 seconds. 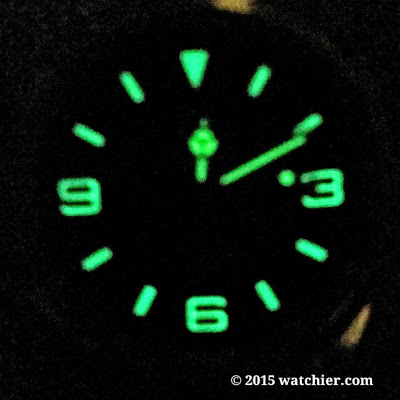 My complain about this watch is the bracelet; which at this price point should be acceptable.
It has hallow end links that rattles a little bit, also it looks a bit cheap when close looking.
I compare it to Parnis bracelets, and this one is not in comparison with Parnis, which apparently started to produce excellent solid bracelets. 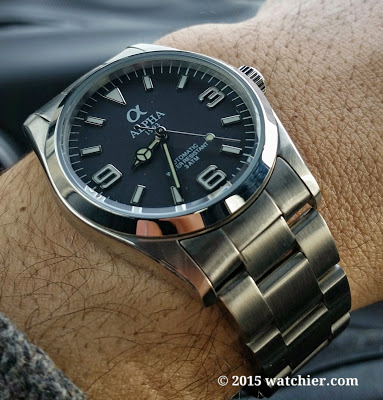 In the above picture a gap can be noticed between the end link and the first link, which I don’t like.
The clasp is also very thin, but comfortable and secure the watch very well.

For the price point I’m very happy with this purchase, and in fact I will be buying from them again; probably a Pespi GMT will be incoming soon.

Here are some other shots! 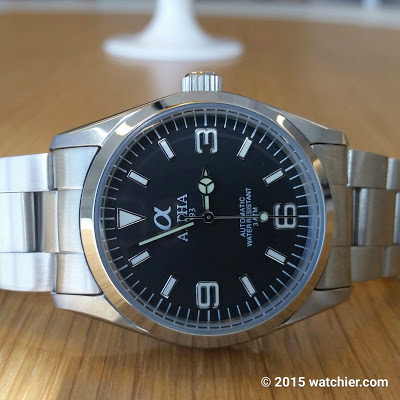 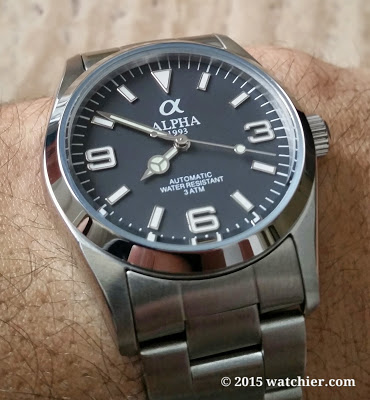 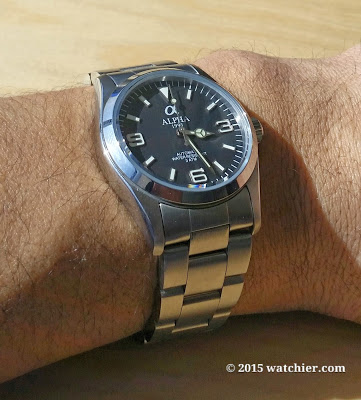 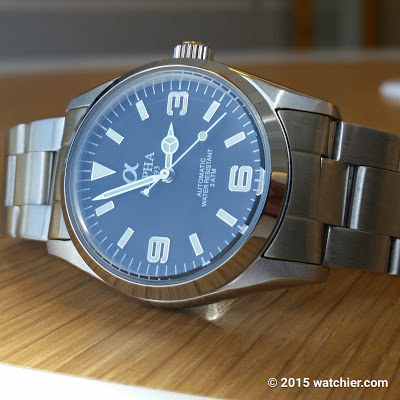 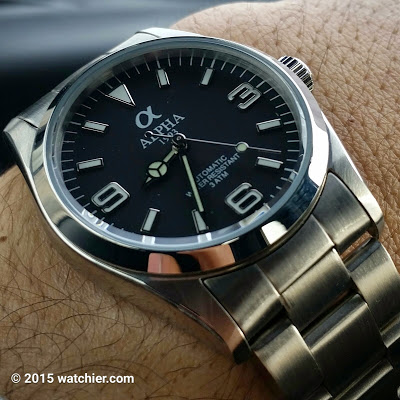 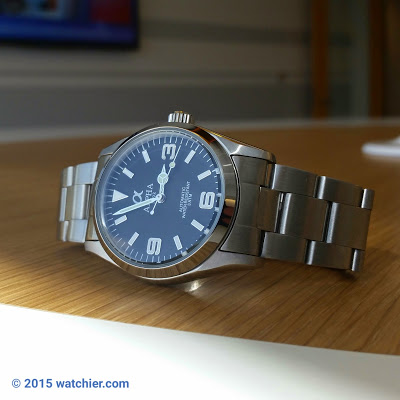